October 31, 2016Loren
After our fails of pumpkins last year, we decided to pick up a book of pumpkin stencils from Home Bargains for less than £1 which was an absolute bargain! I chose the cat and my fiance chose the spider. And what you had to do was pop out the black bits of the stencils and use the remainder as a stencil to draw around on the pumpkin. Below you can see my stage by stage attempt at drawing on my pumpkin. 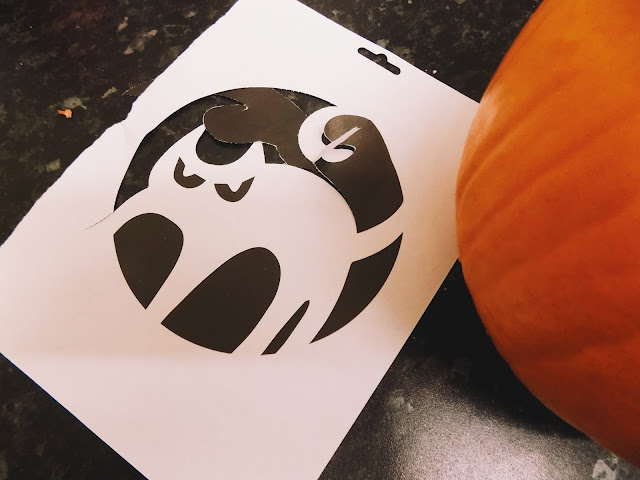 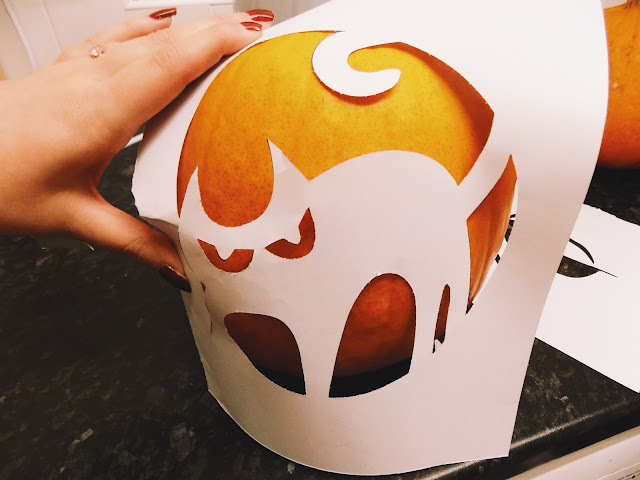 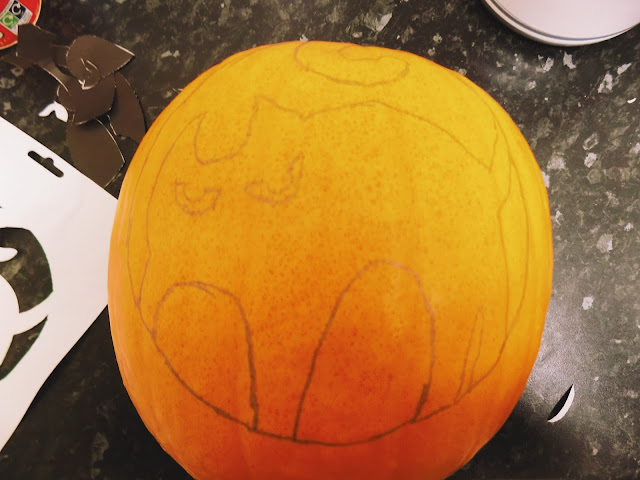 Next was onto the icky bit, actually pulling the pumpkin guts out of the pumpkin. I had to use a combination of a spoon and a knife to get mine out where as my fiance went straight in with his hands pulling it all out! 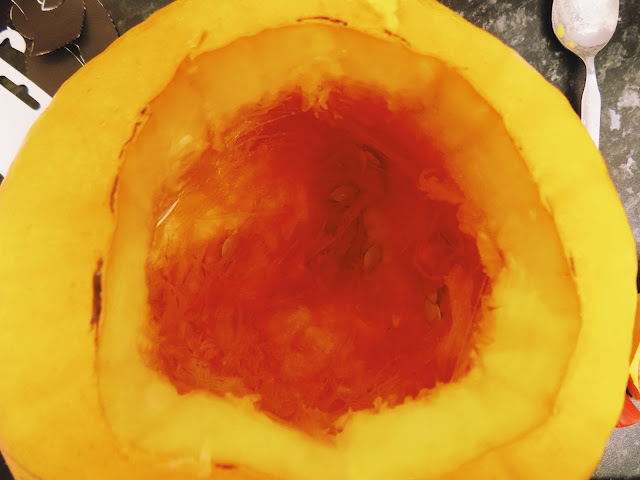 After a long time of stabbing at the pumpkin to carve out our shapes and me asking my fiance to help with mine as I was too cautious of cutting myself with the knife as its so stubborn to cut, see below the end results! So impressed with them! 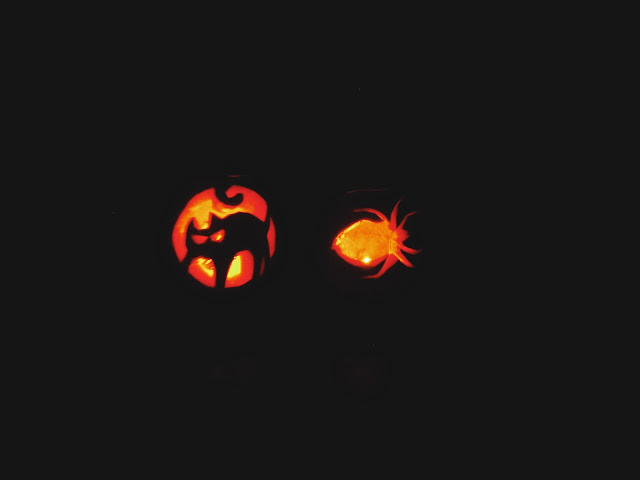